Dark chocolate is pleasing to many, because it is very well known to be good for your health. Not only is chocolate rich in interesting molecules like polyphenols, flavonoids, magnesium and several vitamins, but it is also very good for our intestinal microbiota. 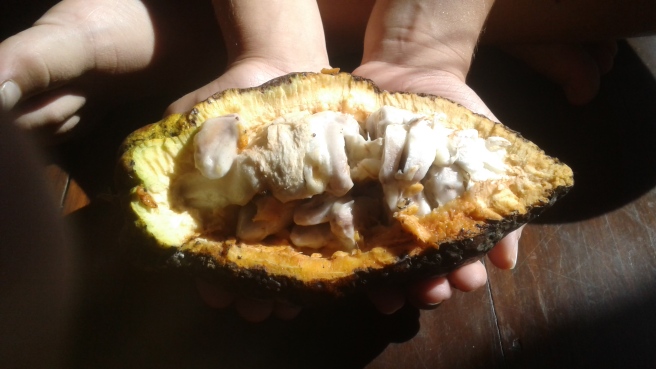 The microbiota is formed by bacteria, yeasts, fungi, live viruses in the gut. These microorganisms play an eminent role in the immune system of our body, digestive functions, metabolic. They are involved in the processes of aging and in the onset of many chronic diseases. Although there are still many questions to be clarified about the microbiota, one thing is certain, its diversity, its composition in good bacteria and its balance are very essential for good health.

Like fiber, chocolate is also a prebiotic. It is used as food by the good bacteria of the intestine, such as bifidobacteriums and lactic acid bacteria, because of its richness in polyphenols. When a person eats dark chocolate, these bacteria increase and modify the polyphenols of chocolate anti-inflammatory. These good bacteria multiply to reduce the rate of bad bacteria in the digestive tract causing gas, bloating … In 2011, a scientific study showed that daily consumption of a high-cocoa beverage favors populations of good bacteria (bifidobacteria and lactobacilli) and decreases Clostridia. These changes are associated with a significant reduction in markers of inflammation such as triglycerides.

Another study that took place in 2014 also certified that cocoa powder was poorly absorbed by the intestine. When the cocoas are in the colon, the good bacteria feed on them and ferment the fibers while transforming the polyphenols into anti-inflammatory compounds. Consuming dark chocolate is then very good for the health of all, especially for people who suffer from irritable bowel syndrome. Dark chocolate favors bifidobacteria and lactobacilli while lowering Clostridias. In conclusion, to enjoy the benefits of cocoa, we must prefer a dark chocolate, concentrated in cocoa (minimum 70%).

I recently went to visit a cacao -plantation un sud Vietnam, we first traveled to HCM ex Saigon to go further south to Mekong delta, in Ben Tre area. This plantation is organise as  a cooperative, the profit made from the cacao is use to finance a school for disabled  individual, some of them are blinds or deaf.

by using this chocolate we contribute to a better environment .

removing the impurities, selecting the bean manually is a long process.

cacao bean are stored in bags before after been dry .

the cacao bean after fermentation, the drying  process is essential to a good conservation, if too much humidity left, the beans will get spoiled.

during the fermentation process, the beans are covered with banana leave, this operation is important, it s where the cacao will develop it s aroma. 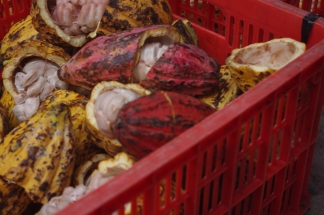 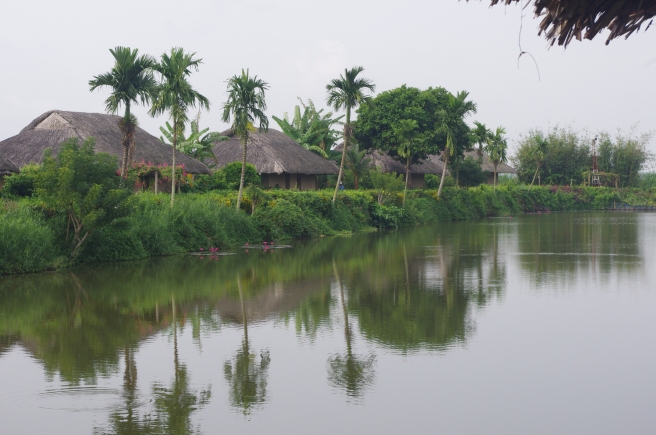 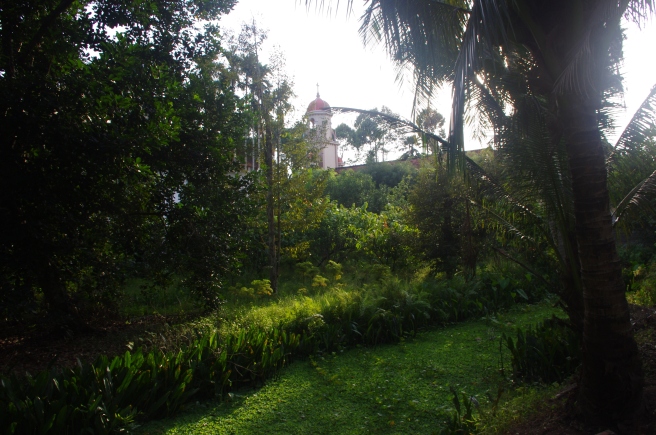 What do dark chocolate, broccoli and almonds have in common?
They are good for the heart, along with healthy essentials like soya bean and wholegrains.
While a balanced diet should also cover heart-healthy nutrients, there are some variations to watch for.
Natural sources of soya, such as tofu, tempeh and natto, are better than textured soya protein, said registered dietitian Ujjwala Baxi, founder of nutrition consultancy Poshan – Cure thru Diet.
Natto tends to be genetically modified and made from soya beans which have been stripped of healthy fats.
Soya beans, which are packed with polyunsaturated fats, fibre, vitamins and minerals, have been shown in studies to reduce low-density lipoprotein (LDL), also known as bad cholesterol. It also helps to lower blood pressure.
Meanwhile, wholegrains contain antioxidants, such as phytoestrogens, that protect one against coronary heart disease.
“Try to include soluble fibres like oatmeal, barley, beans and red rice as they help to lower LDL,” said Ms Ujjwala. “Pick rolled oats over quick oats, and coarser broken wheat over refined versions like couscous and semolina.”
And while nuts can help lower the risk of heart disease by 29 per cent, according to a study, be wary of salted nuts as they may raise blood pressure, she said.
The common refrain that vegetables are good for you also applies to the heart. And leafy greens rich in chlorophyll, like broccoli, spinach and kale, may be especially beneficial for those on cholesterol-lowering statin drugs, she said.
This is because the medication can interfere with the production of a molecule called co-enzyme Q10, and chlorophyll can help to regenerate it. Co-enzyme Q10 is an important antioxidant that fights against heart disease, she said.
Chocolate, on the other hand, contains flavanols. Research has shown that flavanols may potentially benefit vascular health, such as by lowering blood pressure and improving blood flow to the brain and heart.
But dark chocolate trumps other varieties, such as milk and white chocolate, as it boasts a higher concentration of flavanols, as well as less sugar and fat.
This is because of its higher cocoa content. Dark chocolate contains 30 to 90 per cent cocoa, while white chocolate has only about 20 per cent.
For non-chocolate lovers, there is a wide variety of other options – cranberry, apple, onion, tea and red wine are also rich in flavanols.
Some foods to avoid are butter, sour cream and mayonnaise, which are high in saturated fat and can raise bad cholesterol levels.
“Chips and fries are among the worst foods, according to research,” said Ms Ujjwala. “They contain saturated fat, which causes your gut to expand and puts your heart in the danger zone.”
It is also wise to lower salt intake, which can elevate blood pressure.
One simple way is to use lemon juice instead of adding another dash of salt.
“Do not add salt to boiling water for pasta or vegetables while cooking. Instead, add it to the dish as its impact will be stronger.”

Many people often believe that in order to live as healthily as possible, they need to eliminate all forms of sugary snacks from their diets.
Eating every month three chocolate bars can drastically reduce your risk of experience of heart failure, scientists said.

a recent study states that moderation, not deprivation, is key in preventing heart issues later on in life.
A team of researchers assessed more than half a million adults in order to determine how consumption of chocolate impacts heart health. They came to the conclusion that eating up to three chocolate bars a month can reduce risk of heart failure by 23 per cent in comparison to those who don’t eat any chocolate at all.
However, eating too much chocolate can lead to a 17 per cent increased risk of heart failure, which is why it’s important not to go overboard.

“I believe that chocolate is an important dietary source of flavonoids which are associated with reducing inflammation and increasing good cholesterol,”
Consuming flavonoids can increase the levels of nitric oxide found in the body, which in turn increases blood flow and improves circulation. “However, chocolate may have high levels of saturated fats,” I would say moderate dark chocolate consumption is good for health.”
Earlier this year, a study carried out in California concluded that eating dark chocolate can have a positive effect on your mental health by relieving stress and boosting memory function.
I will conclude than good quality dark chocolate is good for your health if eaten with moderation. Do not mistaken candy bar and chocolate, they contain a high level of fat and sugar. END_OF_DOCUMENT_TOKEN_TO_BE_REPLACED